On behalf of “PQ PLAKATQUALITÄT Agentur für Außenwerbung GmbH” we took over the technical coordination and implementation of an interactive game on the media facade of the St. Pauli Klubhaus, which was also planned and developed by Intermediate Engineering. Every passer-by could participate in the game with his or her smartphone, making the advertising campaign for the Netflix series Umbrella Academy an interactive mass spectacle in Hamburg’s busiest district. 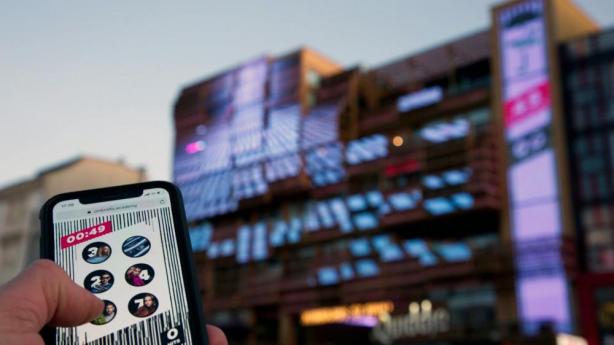