On behalf of the creative agency Kolle Rebbe, Intermediate Engineering realized the promo campaign “Become a Star Trek Icon” for Netflix at the IFA 2017 in Berlin.

The visitors were transformed into Star Trek species in a landing pod of the USS Shenzhou by means of face tracking and projection mapping.

Afterwards, the automatically generated images with three transformations were handed over as photo print and, if desired, videos could be sent by email.

The software developed for this purpose with 68 face tracking points is based on the technology Regression Trees of the Royal Institute of Technology from Sweden, which was published a few months ago.

Besides the programming, Intermediate Engineering was responsible for the technical concept, the user interface, data and email data management, the creation of a testing application as well as service and support on-site. 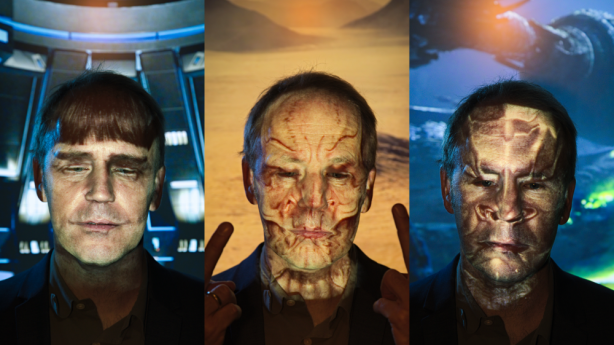 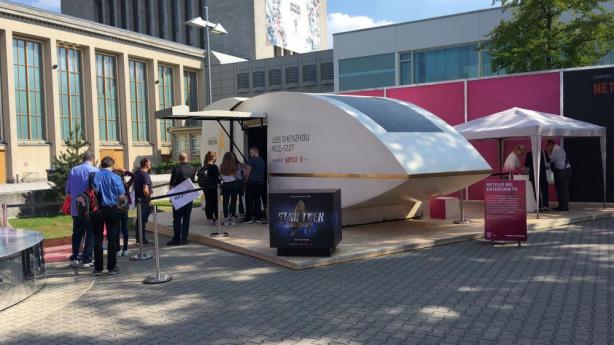 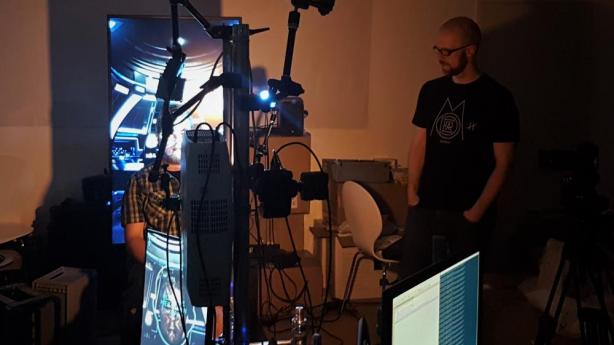